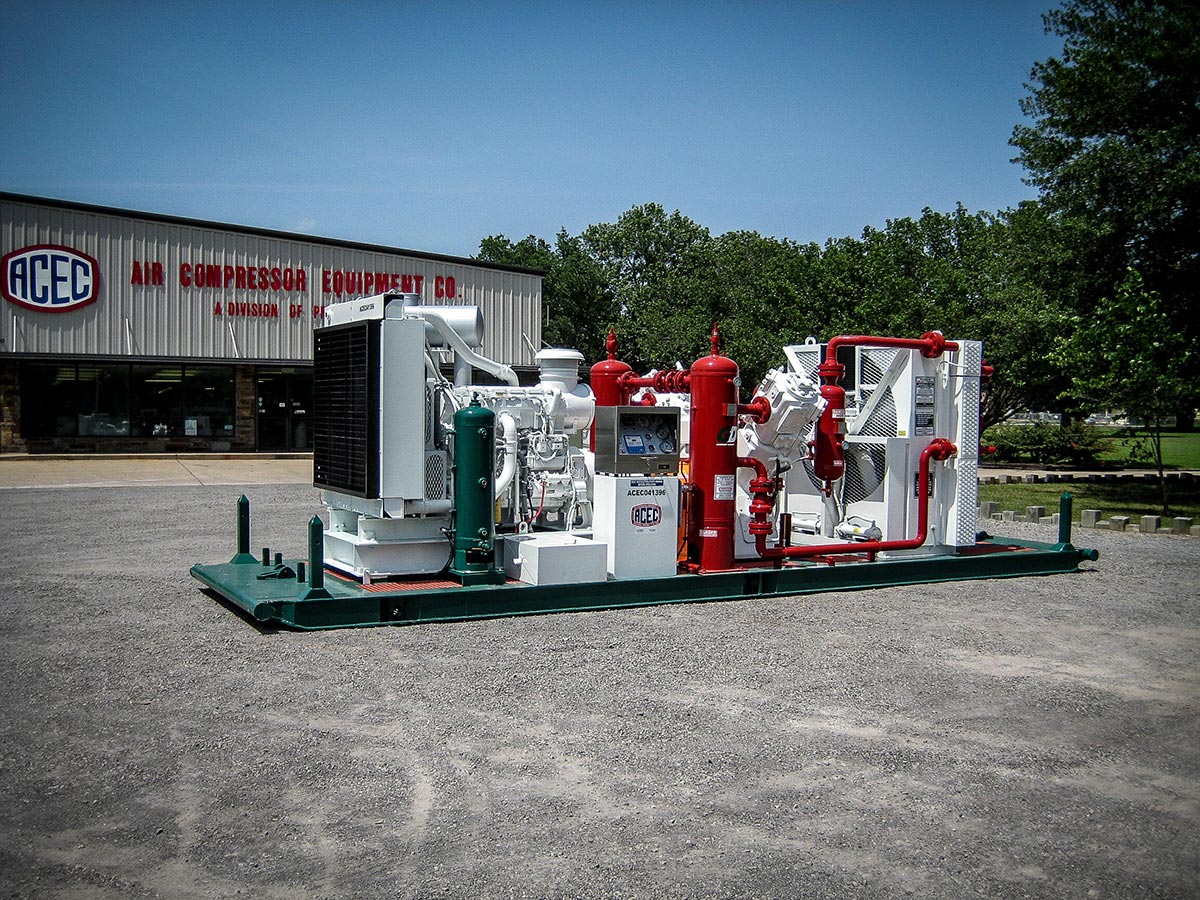 Typical boosters used in oil-field applications are, as the name implies, designed to boost incoming compressed air, nitrogen, or natural gas to a higher discharge pressure.

Boosters come in a number of combinations regarding cylinder size and number of stages depending on the flow of compressed gas and the discharge pressure required.

Most of the boosters that we build are two-stage boosters in two different size categories.

The possible causes of high booster discharge temperatures for any stage could be the following:

Faulty valves that aren’t opening and/or closing normally will affect the amount of volume a booster can move and the discharge temperatures of the cylinders.  Valves can also have a bad seat where the valves sit into the valve pockets.  Either of these conditions will cause the booster to operate at higher than normal discharge temperatures.  The gas being compressed will stack up in either cylinder affecting the overall volume of compressed gas moving through the system.  If the gas isn’t moving through the system, temperatures will increase as the hot gas gets recompressed instead of being sent into the cooler group.  An important side note is that faulty valves in one cylinder can affect temperatures in any other cylinder.  If suction valves aren’t working on the high side, gas will stack up in the low side cylinder resulting in higher than normal discharge temperatures for the low side.

The internal components of a booster are similar to a car engine.  There are pistons that ride on piston rings inside of cylinder walls.  Running at 1800RPM all day long requires lubrication to keep the internal parts from burning up from frictional heat.  Lubrication is used to ease the friction.

Two things are very important regarding booster lubrication:  1) the viscosity of the lubrication and 2) the lube rate of the booster frame.  The viscosity of booster fluids is higher than that of rotary screw compressors and should be in the ISO VG 100-150 range.  Using a lubricant with too low of a viscosity will cause premature wear and, at some point, metal-on-metal friction causing excessive heat and shutdown conditions on the discharge side of the booster cylinder.